Osteoarthritis in the knee occurs when the cartilage in the joint of the knee becomes worn down. Because the cartilage is what protects the bones of the femur and tibia from rubbing against each other. The more cartilage that’s worn away, the more severe the pain can be. Other symptoms that could appear in this injury include swelling, stiffness, and inability to use the full range of motion. Risk increases with the amount of strain on the knee, whether through years of use, over-usage, extra weight, or any other factor that leads to stress directed at the knee.

Although osteoarthritis is the more common arthritic ailment, arthritis can also occur in any joint due to Rheumatoid disease—an auto-immune condition where the body attacks itself and cartilage begins breaking down without an outside source. 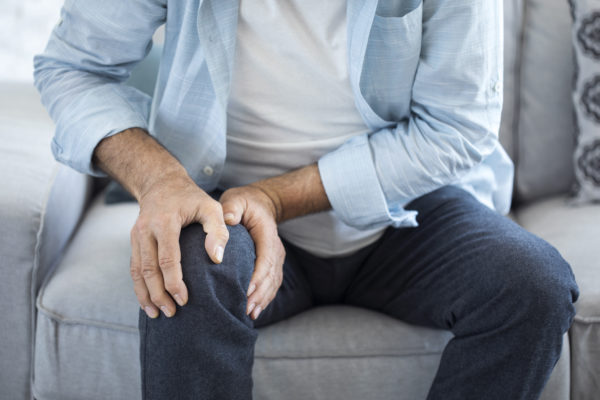 The knee joint is constructed of two soft pieces of cartilage joining the femur and tibia. Those pieces of cartilage are called menisci. Because of the flexible nature of cartilage, it can move easily. However, there are limits, and a meniscus can also be torn easily by twisting it too far or in the wrong direction. Because of this, torn menisci are quite common injuries among those who depend on making quick movements, stops, and turns (such as athletes.)

There are three degrees to which a torn meniscus can be categorized: mild, moderate, and severe. The pain level increases with each level of the tear, and more complications are added as well. In each case, the level of pain and inflammation increases with time.

The ACL is a ligament in the knee that connects the femur and tibia. The main purpose of this ligament is stabilizing the knee to keep it from moving too far in any direction. It can be torn when the foot remains on the ground while the knee sustains a twisting motion, resulting in an ACL sprain. When the ACL is injured, sometimes it is accompanied by a popping noise. Pain and inflammation can be mild to intense, depending on the severity of the injury.

The PCL ligament is located in the back of the knee, also helping to connect the femur and the tibia. The location of the PCL helps to stabilize the knee and keep it from bending too far in reverse. Because of the size, strength, and location of this ligament, injury to it is much less common than ACL injuries. However, a sprain to a PCL would be evaluated as one of two injuries:

Much of the knee is composed of cartilage, a soft tissue meant to act as a cushion between bones by the joint. Over time, and with greater levels of weight, usage, or impact, the cartilage begins to wear down. This process, of course, is sped up with impactful injuries. Because there are many types of cartilage injuries, there is a broad range of symptoms as well. However, most cartilage injuries can be detected by a dull or increasing pain in the knee and a certain level of swelling that can be diagnosed with an MRI to the area.